Randal and Sarajane are originally from the Port Huron Michigan area where Randal owned a Lawn care Business in the summer months, in the winter he plowed snow and also did handyman work for his customers. In 2008 he retired from General Motors in Flint Michigan. Randal was a forklift operator, then became a forklift operator trainer and before retirement he was a union representative. Randal is veteran of the U.S. Army 82th Airborne. Sarajane worked for the Port Huron Police Department in the Records Department, prior to that she worked in Management for the Rite Aid Corporation. Sarajane and Randal have 4 boys, 1 girl, 6 grandchildren, 2 dogs and a cat. 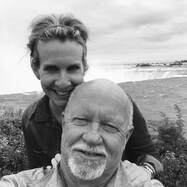